BHOPAL, India, Aug. 20, 2019 /PRNewswire/ -- Madhya Pradesh has recorded the highest tiger count in India and has once again gained the status of ''Tiger State'' as revealed by the findings of the All India Tiger Estimation Report 2018 released on International Tiger Day on 29(th) July 2019. 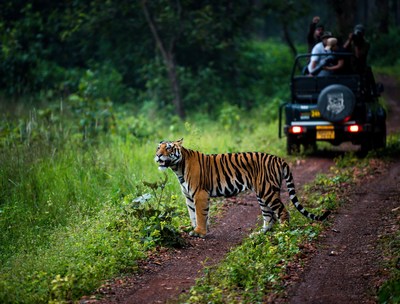 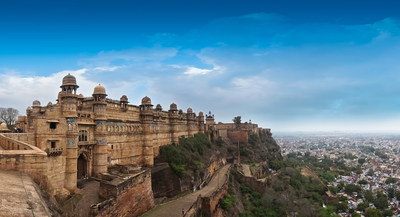 BHOPAL, India, Aug. 20, 2019 /PRNewswire/ --Â Madhya Pradesh has recorded the highest tiger count in India and has once again gained the status of ''Tiger State'' as revealed by the findings of the All India Tiger Estimation Report 2018 released on International Tiger Day on 29th July 2019.

The tiger population in Madhya Pradesh has increased to 526 in 2018 from 308 in 2014. Chief Minister Kamal Nath congratulated the people of the state and those managing the national parks, reserves, institutes and other establishments involved in tiger protection on gaining back the status of ''Tiger State.'' Paying a special tribute to Panna Tiger Reserve (read article "How Panna got its stripes back" for more details) where tiger population has gone up considerably as a result of massive conservation efforts, he said, "The Panna Tiger Reserve has set an example in wildlife management and conservation by doing extraordinary work in tiger protection. Madhya Pradesh is known for tigers. The findings of the report prove that the state is safest residency for tigers as well as other wildlife."

Tigers are a huge draw for tourism in Madhya Pradesh and a recent documentary "Dynasties," produced by BBC and directed by Sir Richard Attenborough was shot in Bandhavgarh, a prominent tiger reserve in the state.

Madhya Pradesh has been very active in the tourism sector and has recently been shortlisted in two prestigious categories at the International Travel and Tourism Awards. The ITTA is presented by WTM and supported by UNWTO to celebrate the success of national, regional and city tourist boards and showcase the best in class of the global travel & tourism industry.

Madhya Pradesh has been shortlisted in The Best Destination (Regions) category and as Best Food Destination for Indore â€“ the city for foodies. The abundant variety of cuisines available in Indore has put the city and the state on the global gastronomy map and is well on its way to becoming India's first Foodies Paradise.

Madhya Pradesh, with its varied tourism offerings including wildlife, heritage, culture and adventure, has built a strong reputation as a state at the forefront of tourism development inÂ  India.